Why is it that when we (at our place) remodel or redecorate just one room, the whole house seems to go to chaos? Lampshades on the dining table, putty knives and spackle at the kitchen sink, boxes full of books jammed here, there, and everywhere? And furniture shoved together in the most incongruous company in rooms where they never would otherwise appear.

I made it my ambition to clear the kitchen of 99% of its dishevelment last night so we could at least eat our outdoor-grilled hamburgers in visual peace, but everywhere else downstairs disorder still reigned so strong, we decided to climb into bed early and read to each other chapters from the No. 1 Ladies Detective Agency book I’d gleefully discovered on the public library’s large print shelf the day before.

Oasis in a sea of confusion.

Sometimes my soul needs a remodel, an inward home improvement, an overdue update. So God goes to work — often through various human agents. And what He means for good, I see only as upheaval. Where He’s working to make better eventual order, I see only disturbing chaos. Maybe He’s working only in one area of my life, but the whole thing seems thrown out of kilter. And sometimes it hurts. Really hurts.

If a house could feel physical sensations, how ours would have wrenched in pain last night as Husband pried that casing off that window! It even groaned and whimpered and kind of screamed as it was. But the window will turn out so improved once he gets done sanding around it, and pounding on it, and all that enjoyable stuff.

And I wonder if the house wouldn’t ache with missing the old sofa we hauled out yesterday morning. And the pictures that hung on its walls. It even hurt me oddly to see that faded, frayed, dust-filled, spring sprung old thing depart, because of all the memories that sat on it.

But, like a bad habit, how badly it needed a healthier replacement! (We are getting leather because of so many allergic family members.) And oh, how long overdue this repainting is!

Spiritual remodels and other soul improvements usually disrupt, too, even to the point of chaos, and often bring pain, but simply because that’s the only way things will be made better.

May I remember this the next time painful upsets throw me into confusion. It may just be that God is doing some soul improvement, and the outcome will be well worth the annoyance, disturbance, and yes, even pain. I have no idea how amazing the outcome can be until I reach its end and bask in its beauty. How good then also to find and seize every possible oasis of calm with Him!

Beauty to you, today, dear friends, and some oasis of peace, in whatever “chaos” might be multiplying around you!

COUNTING MORE REASONS WHY I SHOULD PRAISE HIM

Because He knows each individual human thoroughly; because He has searched me and known me

184 – Because He knows my sitting down and my rising up

185 – Because He understands each individual’s thoughts (including mine)

186 – Because He is so foreknowing, He knows every word that’s going to be on every tongue before it’s spoken

187 – Because He hedges me in, before and behind, and lays His hand on me {This is a remodel!}

188 – Because His knowledge is way beyond mine, too wondrous for me to fathom, let alone attain.

189 – Because there is nowhere I can go from His presence

190 – Because His presence reaches to heaven

191 – Because His presence reaches even to hell

192 – Because even if I lived in the middle of the sea, even there His hand would lead me, hold me {remodel me?}

193 – Because He personally bothers with tiny individual humans that way

195 -Because He formed my inward parts

197 – Because He made me fearfully, wondrously

198 – Because He is fearfully wonderful (Septuagint, Syriac, and Vulgate)

199 – Because His works {and remodels} are marvelous, and that my soul knows full well

200 – Because my frame, my bones, were not hidden from Him when I was formed in “secret”

201 – Because He saw, when was skillfully wrought in the lowliness of earth

202 – Because His eyes saw my substance being yet unformed

203 – Because in His book all my days were written beforehand

205 – Because His thoughts are so precious

206 – Because His thoughts are boundless, beyond numbering

207 – Because when I wake, I am still with Him, just am (because His presence is always there, here, everywhere)

208 – Because despite all this wonder in Him, blood-thirsty men speak against Him wickedly

209 – Because I can ask Him to search my heart and know it, and of course He will do it

210 – Because I can ask Him to try me, to know (identify) my anxieties, and know that He can and will do it

212 – Because I can turn to Him, relying on Him to know all this, and so can ask Him to lead me in the way everlasting. {This is a spiritual remodel! Thank You, Lord, and all praise to You!} 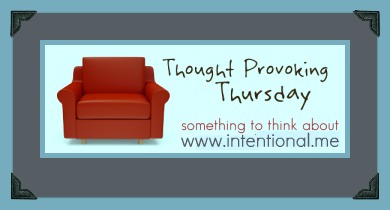 8 thoughts on “The Chaos of Improvement”